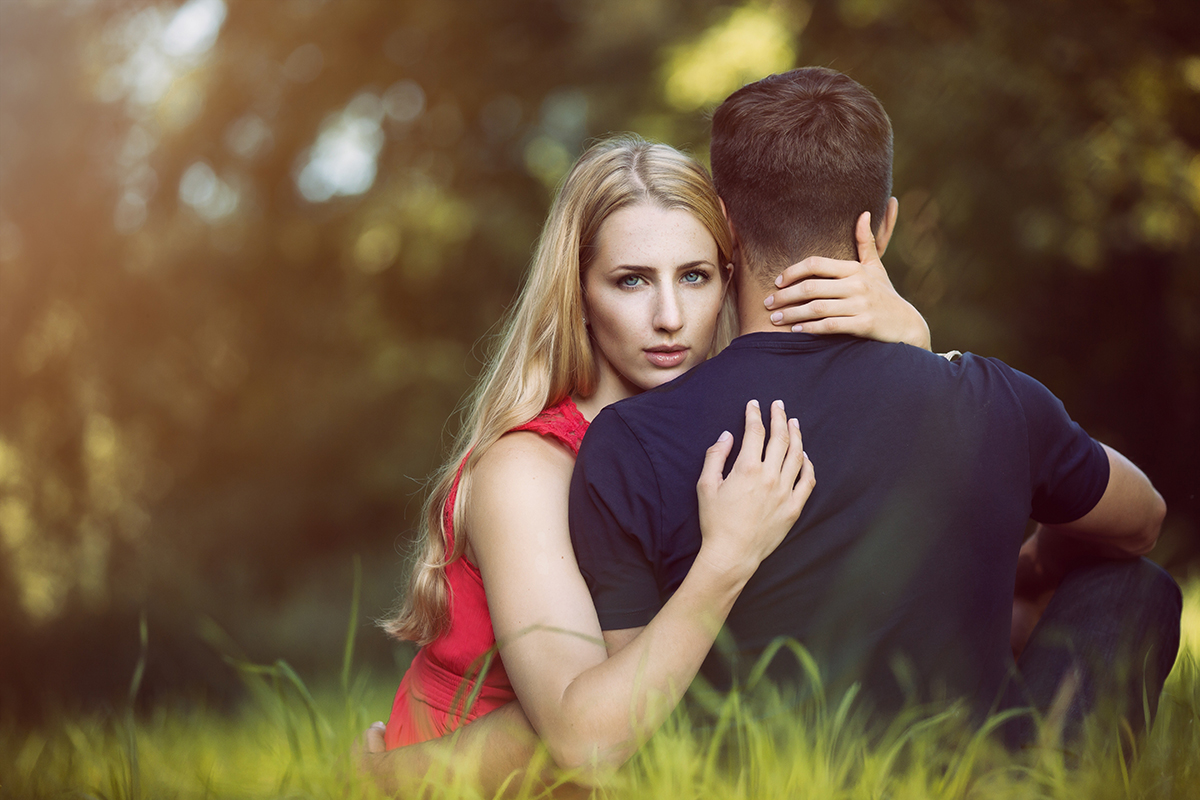 Staying sane and single is like the mother of all juggling acts! Having been single since 1997 and having gone through several boyfriends, a long term live-in relationship and a few pathetic romance stories–having been married and divorced four times, having raised 5 kids and having been a grandma 6 times, and last, but not least, having been a psychotherapist since 1978, humbly qualifies me to share my useful dating disasters with all those frustrated females who have tried everything from single gourmet clubs to assorted dating services to Club Med and alike single destination arenas, single meet ups, single cruises, a plethora of dating sites and an occasional, unsuccessful blind date. (Whew!) Yeah, I’ve done it all and feel that dating in the 21st century is not for sissies!

STAYING SANE AND SINGLE, part 4, my last entry on this topic will hopefully continue to provide readers with similar stories of their own. I will be using primarily my own personal experiences as well as a few from other women who have been so gracious and generous to share theirs in hopes of saving a lot of wear and tear not only on our minds and hearts, but on our colons as well. The state of being single and managing our jobs, children, leisure time, beauty, rest, exercise and sleep, requires mastering a style that would make a president’s life look like a piece of cake. He at least has a staff. However, there is a way it can work. It takes a whole lot of looking inside ourselves, examining our goals, wants, needs, dreams, wishes and hopes as well as learning how to give up something to get something. REMEMBER: You can’t have it all!

MIKE My Way or the Highway

There are people who come into our lives who we know instantly and instinctively should not be there. They are tagged with red flags. And that’s exactly why we want to be with them. Julie shared her brief time with Mike who was the poster guy for being one of those flag, tagged men. Although she claimed he was irresistible, he was also the kind we know will never work out.

Julie met Mike through a mutual friend. It was one of those set ups where you get invited to dinner to be casually screened by the candidate at large, and you’re supposed to act as though it was spontaneous. He just happened to be there. He was nice enough– a bit overweight, but attractive and quite substantial. He had been single for nearly a year, married 3 times before and a father of 4 grown boys he had raised himself. This man knew what he wanted, and was used to getting it. He had all the accoutrements– the fancy cars, the 52’ cabin cruiser, expensive taste in everything, a luxurious apartment on the penthouse of a high rise condominium on the Intracoastal, expensively decorated and plenty of experience. What he had in things, he lacked in character, but knew how to camouflage it well. His charm was exceeded only by his pocketbook, power and charisma.

It began like most collisions, and ended as such. It lasted less than 3 weeks. The first week was fast and furious, with an invitation for dinner every night. When he learned that Julie was to be out of town the week-end after they met, he urged her to cancel her plans so he could take her boating and get to know her. He insisted on paying for the additional charges it would cost to re-schedule the flight and stuffed 2 hundred dollar bills down the front of her jacket, which she proceeded to lose that same evening.

He whispered smugly on their second date, “I know what I want and I usually get it.” And not only did she believe him, but was turned on to his self-confidence. He convinced her to cancel her plans for the week-end. She was to visit her son and daughter-in-law who was pregnant in Ohio. He said he wanted to take her to the opera. This lit up every button as this was one of her favorites. Turandot, Puccini’s last opera was scheduled the same week-end. She broke rule #2. Because she had lost the $200.00 and did not want to tell him, fearing he would think she wanted more than what he had given her or that he might think of her as an idiot for losing the money, she paid for the change of tickets with her own money. It was more than the $200.00 he had placed in her jacket.

He took her home, and although the heat was on, she shared her golden rule with him– Don’t #1. She explained in her most personable and mature manner, her rationale, and how she needed to protect herself, her dignity and self-respect. She tried to explain the implications of sexual behavior in the 21st century, both physically and mentally. He listened, yawned, and smiled. When she told him about her 3 month moratorium, he said jokingly “So I’ll call you in June.”

Each night, thereafter until the end of the week, he wined and dined her. She was taken off to the moon on gossamer wings like a child who had just seen Cinderella for the very first time. She broke # 2 DON’T the first week. She saw him every night, except Wednesday. They met on a Monday. She tried to sustain the rules she set up for herself and told him she couldn’t see him; that she had an appointment for a massage. The old her would have canceled it for this knight in shining armor, but the new her begged off to show him she had boundaries. He was very compliant, pretending to understand and support her choice.

She anticipated the boating week-end with great fantasies. She told me that she needed boating clothes. “I ran to Macy’s and spent close to a thousand dollars on boating clothes. I purchased 2 Ralph Lauren shirts, a Tommy Hilfiger skirt with 2 matching blouses, 3 pairs of Lauren shorts, 7 Nautica T-shirts and a Ralph Lauren sweat jacket. The sweat jacket alone was $100.00. I went to Bloomingdales to find a boating cap, then to a specialty boating store for 2 pairs of boat shoes, another pair of Porsche sun glasses and a new fragrance that would go well with boating! So far I had invested over $1600 and we were only approaching the first week end.”

I warned her that she might be out of control in her enthusiasm and needed to think before acting out. She tried to assure me that she knew what she was doing and forged ahead with great excitement.

The week-end came and went without boating due to bad weather conditions, but by Sunday, the not yet affair began to pale. He became bored with just being with her. No sex. No more wining and dining. By the second week, he didn’t call until the following Wednesday. He asked if she would like to go out the next evening. She accepted, but was feeling cautious. She sensed his interest had waned. The rush was off. After a dull dinner and what seemed like a monologue, as she seemed to be the only one speaking, he dropped her off where she had left her car, saying that if the weather was good, they would try to go boating again on the weekend. She was relieved that she would have the opportunity to have a chance to wear her new boating clothes.

She woke up Saturday to one of those spectacular bright and beautiful Miami mornings. The sun was shining, the skies were cloudless and blue. The temperature was 75 degrees, and the trees stood perfectly still. It was clearly a boating day! Filled with anticipation, she waited his call, which never came. She left disappointed before noon to take a computer course, leaving a message on his machine about the date she thought they had. She never heard from him again.

On Monday morning she re-scheduled the already re-scheduled tickets once again, so now her trip to Ohio cost $580 as opposed to $178. In less than 2 weeks, this aborted relationship cost her nearly $2000 not to mention the heartache she felt for being so optimistic. She asked herself, how did this happen? Her answer was revealed with great force. Her internal voice shouted, “It happened because you broke a cardinal rule, You got swept away and forgot you had a brain. You lost yourself in a fantasy that never took off. In psychobabble terminology it’s called, PROJECTION. She projected onto this piece of shit what she wanted him to be. “ I was in an illusion, a distortion of realty.” She deleted the information she didn’t want to accept, and took off like a rocket in a contaminated state, ready to “fall in love”. Ha! Instead she fell into debt and disappointment!

Recognize this? Sure you do. What do you think happened? Well, all we can do is speculate. But, if I know human dynamics as well as I think, I can pretty well guess that he was not interested in developing a relationship with a quality person. His interests were in his pants, and he was tired of wearing them. Thank God she didn’t break rule # 2. #1 was bad enough. “At least I walked away with my self-respect and the hurt was not nearly so bad”, she lamented.

Knowing when to hold and when to fold is not just for playing poker. It is important to know how to control projections, use your wisdom and protect your emotional well-being.

I will be taking these blogs and incorporating them into my next book. If you want to learn more, stay in touch with me on social media and I will let you know when the book is published and released.