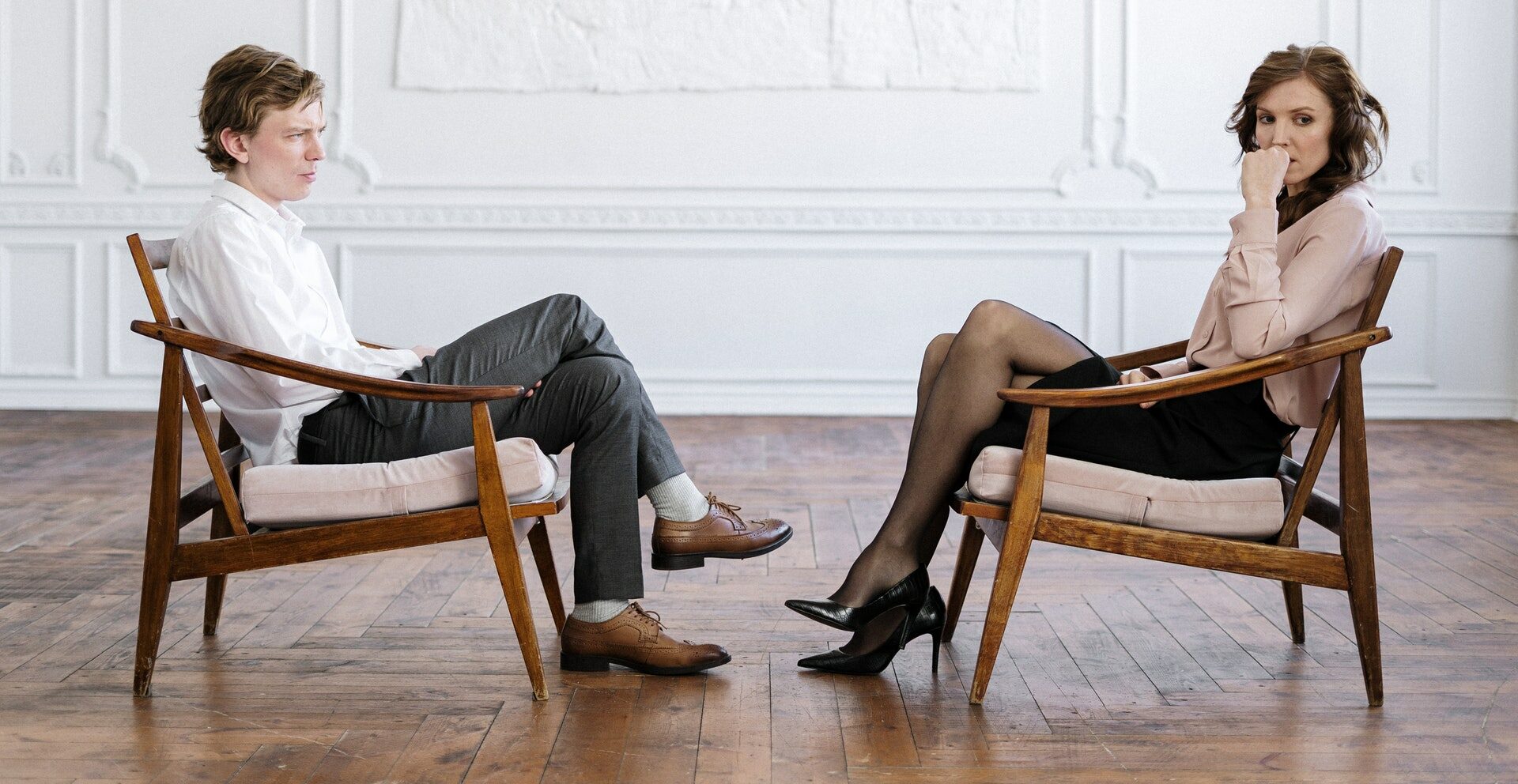 The Story of Rebecca and Michael

Once upon a time, long ago and far away lived a little girl, six years old, named Rebecca.  Rebecca lived with her parents and little brother; Joey who was 4 years old.

Far away from Rebecca in another state, lived a little boy named Michael.  Michael was nine years old and he lived with his parents too.  He had an older brother, Tom, eleven years old.

Rebecca: Seeking for Acceptance and Love

Rebecca’s mother scolded and punished Rebecca many times and for many reasons that were not her fault.  Sometimes she would lock her in a dark closet for hours, leaving poor Rebecca helpless and very scared. She would lie down on the closet floor praying her mommy would let her out.  She cried and wondered why she didn’t love her.  Her father was very quiet, and her mother often scolded him too.

Rebecca grew up feeling like she didn’t matter.  She learned the only way she could feel safe was not to talk.  She made that decision at a very young age, before her 10th birthday.  She made few friends and her teachers wondered why it was so difficult for her to speak to other children.  Rebecca was terrified when she had to respond in class, always fearing that her answers would be wrong.

As Rebecca grew older, she withdrew from her peers and felt safe only when she was alone.  As the years passed, Rebecca withdrew more and more into her studies and eventually decided to major in psychology when she went to college.

As time passed, she developed anxiety accompanied with depression.  Her psychology courses initiated her decision to seek help.

Michael grew up with a very strict father.  He was cold, detached, and unavailable to Michael’s interests and desires. Michael felt unloved and yearned for a hug from his Dad that never came. The lack of love from both his parents made him feel worthless as if he didn’t matter.  The only way he was able to receive any attention was playing football.

Michael was a very good athlete. His father never attended any of his games, not even when it was a championship game and Michael was a hero.  His touchdown won the championship in the final few seconds.  The student body cheered while his fellow teammates raised him on their shoulders, Michael only wanted his father to see him play.  That never happened.

Michael’s mother was busy with her girlfriends and tennis.  She was never home when Michael came home from school. Tom, his older brother would tease him and make him feel bad.  He would call him names and bully him, causing tears that over the years became fuel for anger.  There were times that he would beat him up just for fun.  Even though Michael was bigger than his brother, he cowered when his brother would become aggressive.

Michael’s anger grew as time went by.  Too often it morphed into irrepressible rage. He would put his fists through doors, smash furniture and then feel guilty for his reprehensible behavior.  He didn’t know why he was so angry and quick-tempered. His friends shied away from him, leaving him somewhat isolated except for football practice. Football became a sublimation for his anger.

Football won him a four-year athletic scholarship to college and the hearts of many girls. In time, his girlfriends left him due to his anger and abusive behavior.  He never physically hurt them, but his demeaning words and contemptuous behavior would leave them in tears.  Eventually, they would end the relationship.

Rebecca and Michael met in college.  One day during a rainstorm they passed each other on the way to class.  Rebecca lost her footing and slipped onto the ground.  Michael helped her onto her feet. He asked if he could walk her to her class as she was a bit shaken up from the fall.  She agreed and smiled.  He looked at her with warm eyes and reached over to carry her books.  As they walked across the quadrangle to the hall they locked eyes. They both felt the chemistry bolt through their bodies.  That was the start of their romance that lasted until their wedding day five years later.

A year after Rebecca graduated, they became engaged.  When Michael graduated and got his first job, while going to graduate school to receive an MBA, they married. It wasn’t long before Michael’s anger began to surface.  He found fault with Rebecca’s cooking, her housework and even the way she dressed.  Rebecca’s self-esteem began to diminish.  She became depressed and regressed to the little girl that was locked in the closet.  The more he found fault, the more she tried to please him. Their marriage fell into crisis.

Rebecca felt she had to do something–either get a divorce or get professional help. Michael seemed to create battles for no reason at all.  He needed to be right and make her wrong. There was little joy left in the relationship.  What was once a sacred space now felt dangerous and polluted.

One day after a terrible fight, with Michael spewing words that felt like daggers to her heart, Rebecca asked Michael if he wanted a divorce.  They had no children and it seemed that it might be best to call it quits before children came into their lives.  What they both didn’t know was that Rebecca was pregnant.  When this was discovered, they decided to stay married and seek professional help.

They had been to two therapists, each for 3 or 4 times, but nothing changed.  They felt disappointed, frustrated, and fearful that things would never change.  In her fourth month, her sonogram revealed they were having a daughter. Rebecca found a therapist in the same city not too far from their home. The therapist was an expert in Encounter-centered Couple’s Transformation. (EcCT)

They felt hopeful after the first visit. After a few more, Michael understood where his anger came from and why Rebecca was the recipient of his unresolved childhood wounds co-created by his dysfunctional parents.  Rebecca learned that her fears and intimidation was a carry over from her sense of powerlessness from her family of origin.  She had been abused and abandoned by both her parents. She needed to learn to protect herself by creating boundaries and finding her voice.

There is a crack in everything. That’s how the light gets in.
– Leonard Cohen

So, what does all this Inner Child Work have to do with relationships?  Everything!

As therapists, we know that what is unresolved in our childhood is carried forth into our adult life and impacts our choice of partners, how we negotiate the differences from out pasts and how we live out our future.  If we don’t take the time to sift out the damage of our past, you can bet it will poison our relationships. Just as we must clean out our coffee pots after each use, change the oil in our cars, vacuum our carpets, mop the floors, etc., etc., etc.—we must cleanse our dysfunctional past.  How do we do that?

All these principles and rituals will create an adventure in intimacy.  Just as a caterpillar sheds their cocoon, you will shed your survival suits, your false self and perhaps for the first time in your life, know who you really are.  You will meet your authentic self, feel your vulnerability, and become the champion to your wounded child. Change is always possible if you commit.  If a person commits, the universe will cooperate.

These five principles and rituals are included with Inner Child Work.  I utilize both, weaving them like a braid in my work with couples.  Doing so, potentiates the healing for couples who have lost their connection but want desperately to find their authenticity to restore their relationship, this time with relational maturity.

In my book, I HATE THE MAN I LOVE: A Conscious Relationship is Your Key to Success, I take the reader through the principles and rituals as an observer and benign witness in the therapeutic process as if they were a fly on the wall.  As the sessions move through the traumas suffered in childhood, each partner becomes aware of the damage perpetrated on their partners when they were a child, innocent and vulnerable. This helps develop empathy and acceptance of why their relationship has suffered as a result. Once the relational space has been cleansed, their central nervous system calms down and they can appreciate each other’s struggle with better understanding and compassion.

The real voyage of discovery consists not in seeking new lands but seeing with new eyes. Happiness is beneficial for the body, but it is grief that develops the powers of the mind.
– Marcel Proust

Joan E Childs, LCSW is a renowned psychotherapist, inspirational speaker and author of I Hate The Man I Love: A Conscious Relationship is Your Key to Success. To learn more about how Encounter-Centered Couples Therapy can renew and restore your relationship, contact her via email, or telephone at 954-568-1004.

Photo by cottonbro from Pexels